You’ll have to look twice in order to see this one. We can’t make this up that there are streamers active on demo mode presenting themself with a fake balance and tricking people into believing it’s any real.

And lets not forget the nobody’s who came from gaming streams to switch to casino streaming, presenting a 2.5 mil win like it was any real. Ill explain in a bit who these people are and what their detail is. 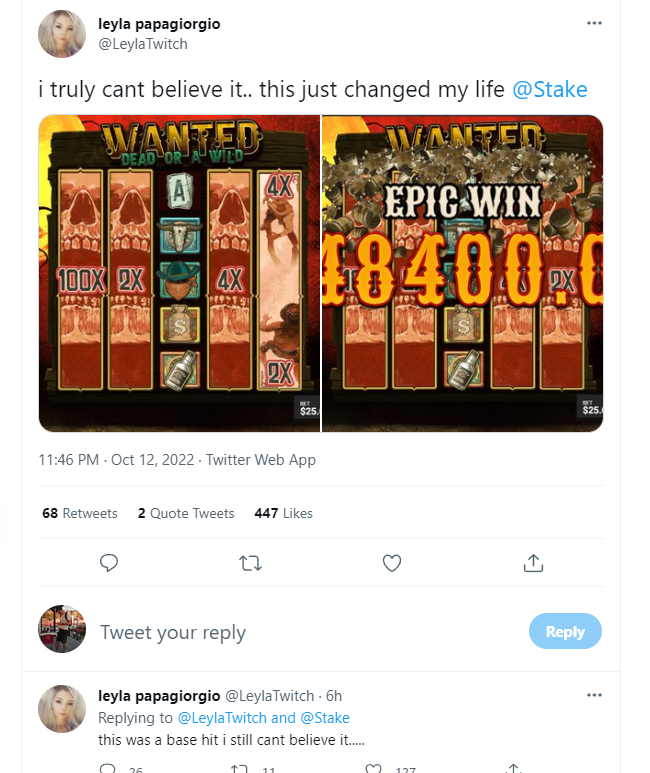 Anyone with a following base can be contacted by casino’s in regards of promotion. In such deals streamers are presented funds from one account pushed to the other that they can use and play, but not withdrawl.

They are getting paid to promote the casino, where they have virtually no loss due to the above deal most of them are having. It is purely to hoard in people who believe they can win such amounts too.

Now ask or talk with anyone long enough streaming (Rocknrollah for example) and notice the stress he sometimes can have gambling online. It takes extreme luck and stake is obvious one of the casino’s that holds a dubious reputation in regards for various reasons. Drake did a promotion too, losing 8 mil at the proces, and saying he would go back online later to win it back. Yes to win back 8 mil like it was nothing.

My advise to those seeking a good casino, try to avoid the places that seem to have the largest marketing budgets and hiring these nobody’s suddenly that can do thousands in regards of spins. The larger the marketing budget the more profit the casino pretty much is making. Think about it. Profit is pure the losses of their player base. So it woud’nt be weird to see slots on a tight budget as we’ve seen with various players.

For a good list of casino’s check my Top Casino’s selection.