Since a copyright claim hitted on of the video’s i highlighted on this website, about Ayezee fake streamer ive noticed something about that claim. I always said Ziad was never clever in terms of computers, he proberly knows only how to turn it on, but as a copyright claimer i noticed he used his real name which is obviously presented now on all these video’s on all different sources on where it is iframed. Point being, ayezee’s real name is Ziad Koussa and it does’nt take a genius to form a simple Search on Google to end up at Interactive Gaming Group in Malta. 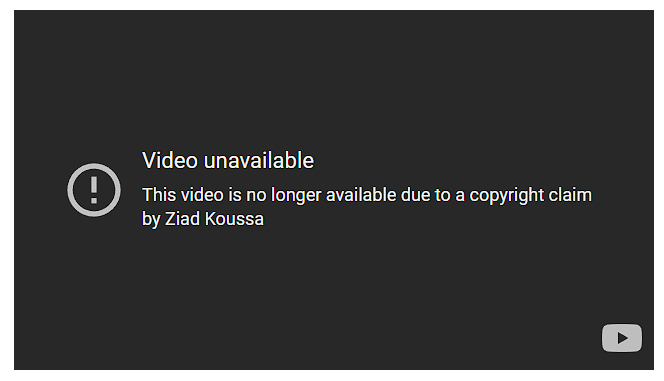 Interactive Gaming Group is a small business located in Malta. It’s super easy to check on Company registrations since this information is just public, and with a small payment all the involved party’s, names and all that can be extracted with one click of a button. Now i’m not going that deep, but it’s remarkable that Interactive gaming group is a venture that pretty much boosts streamers or at least runs a streaming business in the broadest sense. I think i start to realise why these folks move to Malta, because obviously for the money and also for the deals, legal support and all other beneficials.

A company in that order, i can only guess, lobby’s around providers, casino’s to get the best possible deals for these streamers, and sets them up streaming to a certain target audience. So do you really think, Ayezee just moved to Malta because it’s an island somewhere in the middle of the ocean with good fish? Or do you think Malta is more of a haven for tax evasion and other legal evasions in terms of casino promotion? Don’t be fooled. The casino’s that are promoted come with ridiculous sizes of bets of up to $1250 per spin and i do not know any legal casino even offering this (let alone having the financial capacity to pay a 5000x at such bet level). No, this stinks… And thanks due to his own mistake on the naming part he is wide open now.

This leaves some interesting note on how these streamers Exactly operate and why they are based in Malta, such as Roshtein and what more. If anyone wants to dig a bit deeper please feel free, dont forget to drop a link to this article for figuring it out, if we start to look deeper i’m 100% sure you’ll find more. The point being is, these streamers are not really up for alot of goods. They disclose lots of their activities or business activities. Saying on stream that you do get funded, while overall playing for years saying it’s raw cash, is a absolute no go. It is a false message about gambling, and their revenue should be stripped from them in the first place.

Gambling has and always bin gray. The only difference with streaming is that quite larger audiences can be reached. Sure, marketing wise a good thing, but once a streamer is running gambling with deals such as “free money” they should not even exist. Update: This has led me to create a Thread on Support Forums of Youtube to start putting a ban on these fake casino streamers. Spread the word, please!